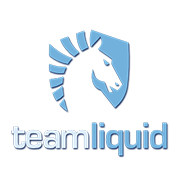 Over the past few weeks, rumors have been circling about potential changes to Liquid's CS:GO roster. We had been searching for a dedicated AWPer for some time now, and put in lots of time and research into finding the right player to build our team with towards the future. We were determined to change our team's composition because we were unsatisfied with the results of an IGL/AWP dual role. The burden was often too heavy for one player to bear and it did not align with our entire team's strengths.

As some had already alluded to, we first trailed Allu for the position, and he had to decide between signing for Liquid or developing the Finnish scene. Unfortunately, he chose to stick up for his homeland; while things did not work out, we respect his decision as it is something that is obviously close to his heart. Our pursuit continued, but we did not have to wait long to find an ideal match. [...]
Bezüglich der Bedenken, welche unweigerlich mit der Verpflichtung eines solch kontroversen Spielers kommen, hatte er folgendes zu sagen.

[...] Today, we announce the addition of s1mple to our CS:GO roster. Known as one of the most talented yet raw players in the scene, s1mple is determined to make a mark with more than just his aim. He is not shy about the problems that he experienced in the past, but he realizes that he must offer more maturity and good judgment to fulfill his potential. This was the main concern on everyone's minds: the task of integrating s1mple successfully into our team's atmosphere. His talent and skill are undeniable, but s1mple understands that in order to be recognized as a world class player, he must develop his ability to work within a team.

This was the focal point of our conversations with him, and I could not be happier that he acknowledges as much. We are aware that we must be diligent during this transition period, but we believe in his potential to grow both as a player and as a person. We will give him all the support he needs in order to acclimatize to his new surroundings, which includes bringing him over to the team house with support staff, further developing his English skills through lessons, and helping him bond with his new teammates.

We will continue to work hard towards becoming the best team in—and a worthy representative of—North America, and we know that s1mple will play an integral part in making this a reality.
Der junge Star selbst, hatte natürlich auch etwas zum Wechsel zu sagen.

This is an incredibly big step for me, for both my career and life experience. I will be moving to a new country where I don't know anyone, leaving behind my parents, friends and girlfriend in order to pursue a dream I know I can achieve. The pressure to succeed is great, but I know that I can handle it. It means a lot to me to finally join Liquid, and their belief in me was a big part of my decision. I will do everything I can in order to achieve good results. Thank you to all my fans that have continued to support me, and I promise that I will show my full potential.